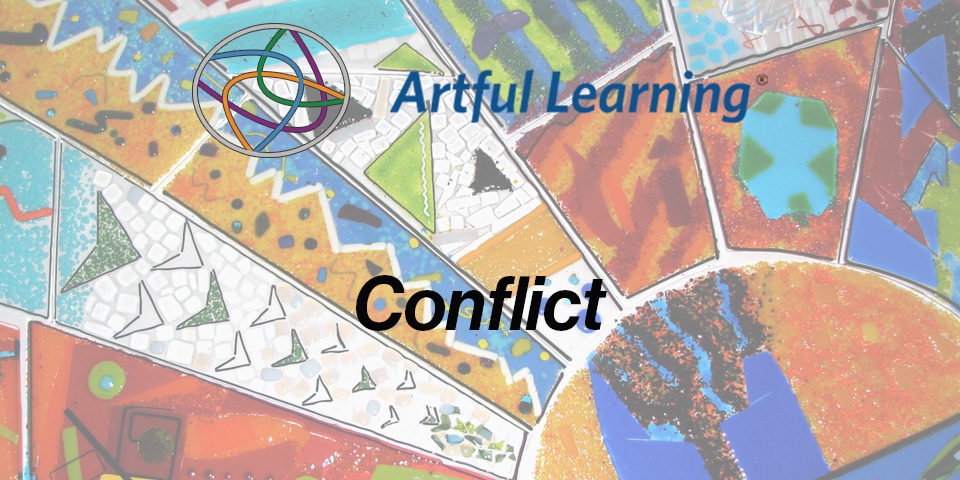 Eighth-grade students at Jackson Middle School in Portland, Oregon completed their Unit of Study on “conflict” and their Significant Question was “how is conflict created and perpetuated?” This profound question could not be answered with a simple “yes” or “no” response and encouraged the students to think about it all across the different subjects they were studying. Where can they find conflict in the principles of math? Can conflict be found in science or the scientific method? Is conflict a fundamental component in art? These are some of the many questions that students asked themselves as they prepared to embark on this Unit of Study.

One of the first examples of “conflict” that they made connections with was in U.S. history. The conflict was the Civil War that occurred between the Union and the Confederate states between 1861-1865. The students learned about how the Civil War was created and perpetuated by Abraham Lincoln’s presidential victory and his pledge to prohibit the continuation of slavery. There were many financial and racial conflicts that contributed to the polarization between the northern and southern states. They learned that the Civil War has remained the deadliest war in U.S. history with over half of a million deaths on both the Union and Confederacy sides. In many cases, these conflicts were especially painful because some battles resulted in the casualties of cousin against cousin and brother against brother. 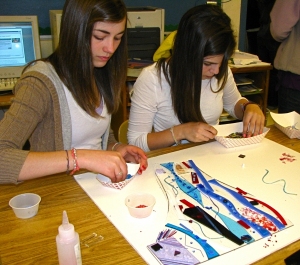 In order to further develop their answers to their Significant Question, the students asked themselves “how is compromise essential in avoiding conflict?” As a jumping-off point, the educators posed the additional question “is conflict sometimes necessary when a party is unwilling to compromise?” In conjunction with their studies on the Civil War, they also read Lincoln’s influential “Gettysburg Address” to understand its significance and how its unifying message inspired Americans during such devastating times. For more contemporary contexts, the students also watched Leonard Bernstein’s “West Side Story” and listened to Bruce Springsteen’s “Nothing Man” to observe how conflict is portrayed and, ultimately, resolved in the fine arts. 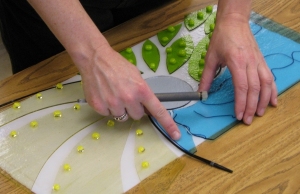 As a part of their Original Creation, the students created beautiful fused glass pieces that hang in the entryway of Jackson Middle School. One of their partners for this project was Tracy Wolf-Paquin, a glass fusion artist, who helped shape the design and facilitate the extensive process for the remarkable final product. The students had a great time learning how to fuse glass with their classmates under the guidance of Paquin. They cut their glass with glass cutters while using glass “frit” and “stringers” to enhance their designs. After the students were done shaping their sections, Paquin fired each part individually and assembled them all together to create the masterpiece. 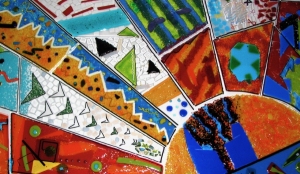 Each student was placed in a small group to complete each portion of the final glass creation. They all worked together to decide upon the textures, shapes, and colors they used to represent the type of conflict they chose. Each detail that can be seen served a unique artistic purpose that each group was able to defend extensively. They also tied back to the overarching theme of “conflict.” Whether it was displayed by the conflicting colors and textures that were fused together or the violent process of firing the glass—the Artful Learning connections with “conflict” are infinite.