Excerpt: What is a Recitative?

Now just how does a plot get furthered by the use of music? There are a number of ways—ballet, underscoring, choral devices, and so on—but the most common technique for telling your story musically is the recitative, or recitativo, a word which you certainly know as somehow associated with opera, but perhaps are a bit foggy about. What is this recitative, anyway? Let's suppose I am in a musical show whose plot calls on me to inform my wife that chicken has gone up three cents a pound. In an ordinary musical show, I would simply say to her, "Chicken is up three cents a pound," and my wife would burst forth then singing a lament about the high cost of living. But in an opera, I would sing my line, and I would have to resort to the recitative—let's say, in the style of Mozart: 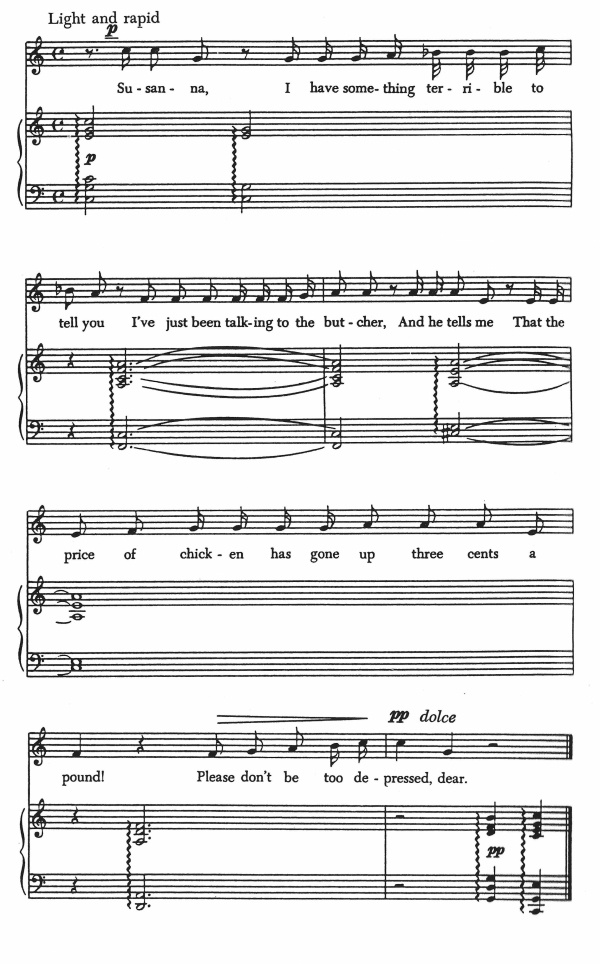 This recitative has no real musical value and is very close to plain talk except for an intermittent piano chord. Nor is it particularly descriptive of my feelings about chicken. Of course, I could get more dramatic in the style of Verdi: 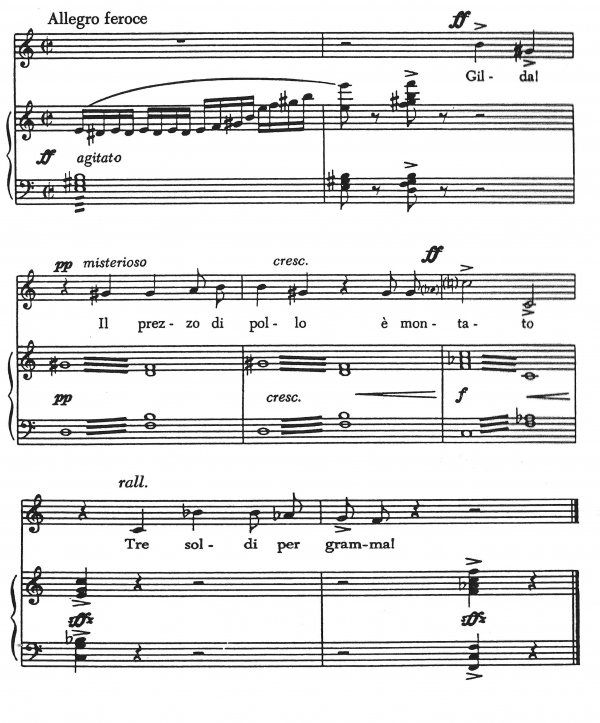 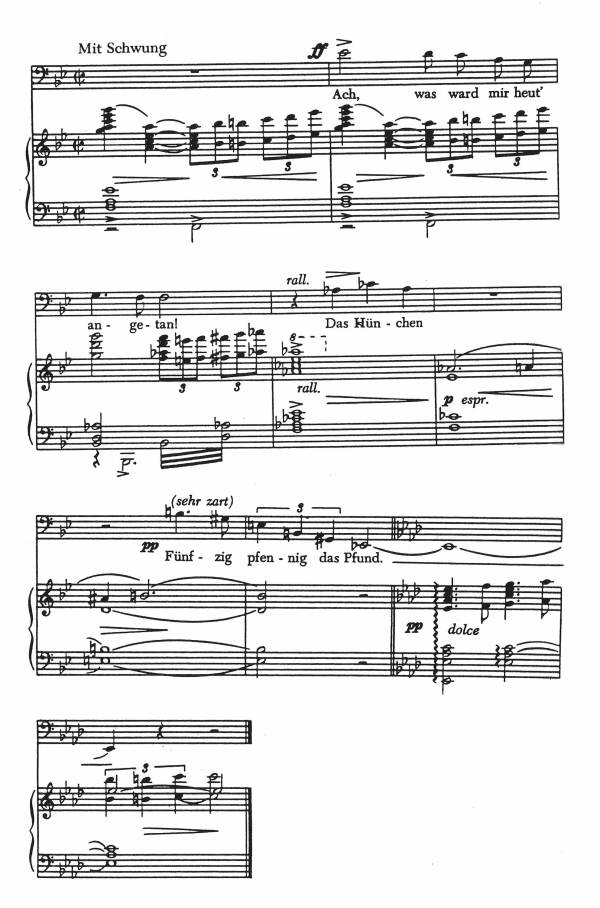 But no matter how expressive I get, I am still singing something of less musical importance than the song itself which my wife will sing immediately afterward. It's the song, or the number, that will get the applause, no matter how heart-breakingly I tell of the price of chicken. The function of my recitative is to set up the situation for the song. [The entire script of "The American Musical Comedy" can be found in the book "The Joy of Music".]

Amazon The Joy of Music Read the full script of this program Amazon Leonard Bernstein: Omnibus The complete programs are available on DVD. Back to Omnibus Script Directory
Come On, Deliver...
the latest Leonard Bernstein news... to me!