Leonard Bernstein Album Inducted to the Grammy Hall of Fame

The Recording Academy announced the 2021 inductees for the distinguished GRAMMY Hall Of Fame, continuing its ongoing commitment to preserving and celebrating timeless recordings. This year's additions recognize a diverse range of both single and album recordings at least 25 years old that exhibit qualitative or historical significance. Recordings are reviewed each year by a special member committee comprised of eminent and knowledgeable professionals from all branches of the recording arts, with final approval by the Recording Academy's National Board of Trustees. With 29 new titles, the Hall, now in its 48th year, currently totals 1,142 recordings. 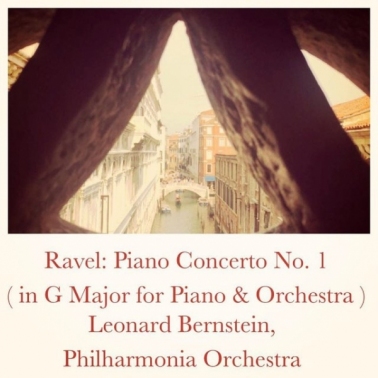 A long-standing Hall of Fame favorite, Leonard Bernstein’s Ravel: Piano Concerto in G Major (in which he conducts The Philharmonia Orchestra of London from the piano) is his seventh recording to be inducted.

Other Bernstein albums inducted into the GRAMMY Hall of Fame are: