Sony Classical Releases Leonard Bernstein’s MASS (Remastered) for 50th
Celebrating the Anniversary of its Premiere on September 8, 1971 at the Kennedy Center 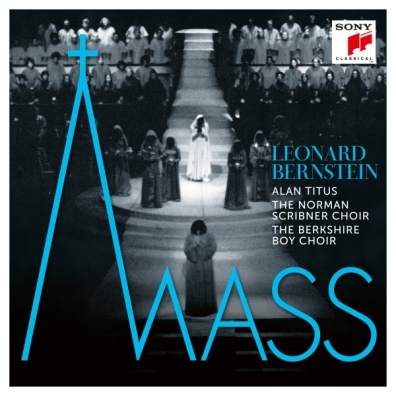 Originally commissioned by Jacqueline Kennedy Onassis for the opening of the Kennedy Center, MASS was a unique theatrical experience – a fully-staged dramatic pageant that mixed sacred and secular texts and used various musical forms from classical, jazz, and rock to Hebraic and Broadway. The avant-garde work, while not performed often, has endured since its world premiere with themes still relevant today. Ultimately, it serves, according to the composer in a 1971 program note, as a “reaffirmation of faith.” 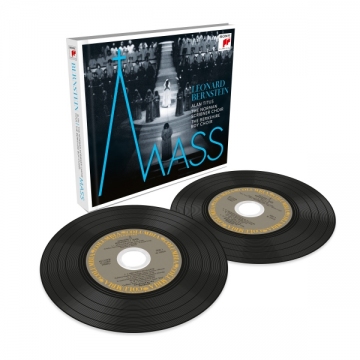 On August 27, 2021, Sony Classical is celebrating this anniversary by releasing a remastered 2-CD edition, which includes a 140-page booklet created in collaboration with The Leonard Bernstein Office with numerous previously unreleased photos and facsimiles, synopsis and libretto, and new liner notes. This recording features Alan Titus as The Celebrant with Leonard Bernstein conducting The Norman Scribner Choir & The Berkshire Boy Choir and is available now to pre-order.