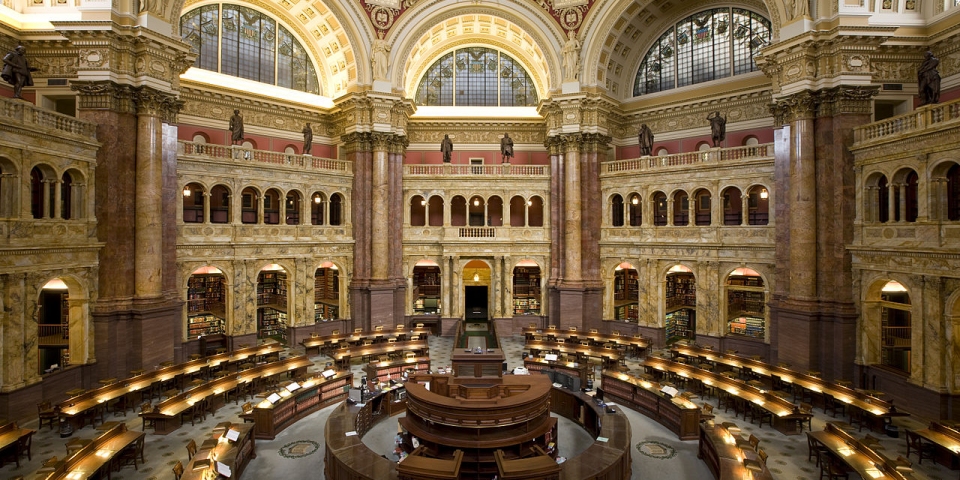 Almost as soon as the bulk of the Leonard Bernstein Collection began arriving in the Music Division at the Library of Congress in 1993, the collection became among our most heavily used. Estimated to contain close to 400,000 items, we believe it to be the Music Division’s largest collection of the papers of an individual (as opposed to a music publisher or an organization such as the Federal Theater Project). One of the things that makes the collection so useful and important is its breadth and range. Bernstein’s meteoric success starting at such a young age, quickly followed by his hiring of Helen Coates as a secretary and assistant, with her talents as a meticulous archivist and keeper of the flame, makes the collection one of rare completeness. And because the substance comes from Bernstein himself—through a life filled with creativity, passion, events and interests that extended widely in music, the arts, culture, politics, family, friendships, and social causes—the subjects reflected in the collection are as wide-ranging as the man.

While one might assume that the music manuscripts form the heart of the collection—and they are certainly a treasured and oft-consulted part—it turns out that many of the other series have become the focus of much interest and research. Among those series are photographs, scrapbooks, business papers, fan mail, writings, and the personal correspondence. It’s that correspondence I want to focus on here.

Until recently, that personal correspondence numbered something over 15,500 letters, postcards and telegrams. They come from family, colleagues, collaborators, friends and acquaintances. Some of it is mundane and of little
import individually—birthday or holiday wishes, congratulations on broadcasts or shows—but a surprising amount is full of wonderful insights, details, thoughts, opinions, suggestions, updates, confidences and notions.
Some letters are witty, some are laugh-out-loud funny, some are deeply touching.

While most of the letters are to Bernstein, a surprising number are also from him. These include letters to his parents, his wife, his sister, Helen Coates, and photocopies of others requested by the estate from some of his closest friends and colleagues after he passed away. Some letters include hand-written responses drafted on the backs or margins indicating what his outgoing letters must have said. In addition, the Music Division’s holdings include several other collections that include significant correspondence from Bernstein, particularly among the papers of Aaron Copland, David Diamond, Irving Fine, and Serge Koussevitzky.

Over 1,000 letters from the Bernstein Collection have been scanned and made available online as part of our Bernstein web presentation at this link: http://memory.loc.gov/ ammem/collections/bernstein/

But these are from a fairly narrow universe: letters between Bernstein and his parents, his wife, Helen Coates, and Aaron Copland. Other favorites not online include: the nine page letter Bernstein wrote to his mother during a 1948 trip to Israel, each page heavily illustrated with vibrant watercolors by the artist Jossi Stern, and clearly meant to reassure her about his safety; the 75 letters from Martha Gellhorn, dripping with wit, insight and startling turns of phrase; the letter from Adolph Green for Bernstein’s 50th birthday, a stream-of-consciousness sprawl in green ink that recounts the history of their friendship; Lillian Hellman’s biting attacks on the Hal Prince production of Candide (including the one where she writes that this will be her last comment on the subject, and a clearly exasperated Bernstein pencils “Thank God!” in the margin); the painfully honest and heartfelt letter from Jacqueline Kennedy Onassis, thanking Bernstein for conducting the music at the memorial service for Robert F. Kennedy, whom she describes as “my Kaledeiscope [sic] brother in law”; and two letters from Stephen Sondheim, one for the opening night of West Side Story, the other from shortly thereafter reporting on the recording session and other doings with the show—the first, touching with rare sentiment, the second devilish in its details.

But a sea-change has just occurred that will, I think, change forever the balance and weight of the Bernstein personal correspondence. In June of this year the Bernstein estate made an extraordinary additional gift to the Library. But the gift is really to scholars and researchers now and in the future. With great courage and generosity they have donated an additional 1,800 letters that had been sealed until now. It has been my privilege to process these letters, and I feel permanently changed by their contents.

Typically, we try to avoid reading correspondence as we process it, and though I tried with these, too often a phrase would catch my eye and I would become immersed in these other worlds and lives. The letters come from about 170 different people. A handful are identified only by first names. Several of them are from people who are both famous and unexpected, including Bette Davis, Farley Granger, Arthur Miller and Eleanor Roosevelt. In many cases there’s no obvious reason why they would have ever been sealed as there is nothing provocative or extraordinary in the contents. Several sets of letters complete significant correspondence that had already been well represented in the existing collection—79 from Felicia Bernstein, 101 from Shirley Bernstein, 37 from Helen Coates, 39 from Aaron Copland, 155 from David Diamond, 67 from Martha Gellhorn. Some letters are still to be sealed until their authors have passed away.

What makes so many of these letters beyond extraordinary is the depth of their confession. There are dozens if not hundreds where the letter-writers express their innermost thoughts, feelings, fears and hopes. More than biographical events, they are interior landscapes, where the writers do that rarest of things— the hard work of trying to be as honest with and about themselves as possible.

As is often the case with correspondence, its import may have little or nothing to do with the recipient of the letter. Anyone researching Martha Gellhorn would find her letters to Bernstein to be invaluable though there
were never any joint projects between the two. In fact, reading many of these letters Bernstein himself almost disappears, even when he is clearly central to the people writing him. Sometimes he seems reminiscent of Bobby in Company, the confidant and object of desire of everyone around him, but seemingly unconfiding or desiring himself. Though there’s something telling in the fact that he saved some of these letters at all, even after
their authors asked that they be destroyed.

Perhaps the most shocking, moving and revealing aspect of the letters are the many that deal with homosexuality. There is surprising forthrightness on the subject from both Bernstein’s wife (including from before they were married) and his sister. It’s also a topic both directly and obliquely among friends including Copland and Diamond, and even from two of Bernstein’s psychiatrists. But it’s the letters from male lovers (and would-be lovers) that haunt most deeply. These are mostly from the 1940s—from before he married—and the 1980s—after Felicia had passed away. Many can best be described simply as love letters—as passionate, needy and intense as anything I’ve read. But many are also a window into various aspects of gay history. One, somewhat older lover to a young Bernstein tries to guide him through how best to handle the necessary (at the time) secrecy of their relationship. A letter from another chastises him for not being circumspect enough in a letter opened and read by the man’s mother. Because many of the letters are from the early and mid 1940s their authors are either in the military, about to be in the military, or afraid that they’ll be forced to join the military.

And sometimes the letters open windows into other unknown and forgotten lives. For instance there are several from a young man who is at Harvard in 1937 and ’38. It’s clear his advances to Bernstein were spurned, leading to much heartbreak. But in trying to determine what had happened to him, I was surprised to learn this poet, linguist and scholar was also black. News reports from 1944 suggest a fascinating story. Let me simply quote from one of the articles: “A modern Damon and Pythias, in the persons of a colored Harvard University graduate and his inseparable Danish friend stumbled through the 92nd frontlines with a harrowing tale of escape after two years in Italian and German concentration camps.” As far as I can tell there are no further reports, suggesting he did not survive the war.

The letters also reflect on historical and musicological events. A 1948 letter from Shirley Bernstein vividly recounts the surprising election win of Truman over Dewey. It’s a thrilling document, brimming with emotion and detail. And the following observations and insights come from a Copland letter: “I heard Roy [Harris]’s 5th Symph broadcast yesterday. Decided my chapter on him was truly just. What a pity—with all that good material he can’t pull it all together and make it go places. Still, the personality is so strong that it may make up for the lack of intellectual grasp of the material. I’d be surer of this, if he didn’t repeat himself so much in general mood and formulas. His music shows no signs whatever of reaction toward events.”

More than anything what makes these letters so riveting and moving is how richly they reflect on the humanity of their authors. Each set of letters brings to life full-blooded portraits of widely divergent personalities. Being friends of Bernstein’s, almost all are intellectually and culturally engaged, but beyond that, the differences are striking. Some clearly struggle with faith and belief, others seem to find countless joys, pleasures and adventures in the world around them; there are the darkly cynical, and the wry wits; there are the nurturers and the needy; there are the playful and flirty, and the reserved and suspicious. Taken together, they celebrate and attest to that thing that may have been most central to Bernstein’s life: a love for the electric, messy, surprising humanness in all of us.

Mark Horowitz, a senior music specialist in the Library of Congress, is curator of the Leonard Bernstein, Jerome Kern, Richard Rodgers, Frederick Loewe, Jonathan Larson, and several other collections, and author of the book Sondheim on Music.

Back to Scholars and Researchers
Come On, Deliver...
the latest Leonard Bernstein news... to me!