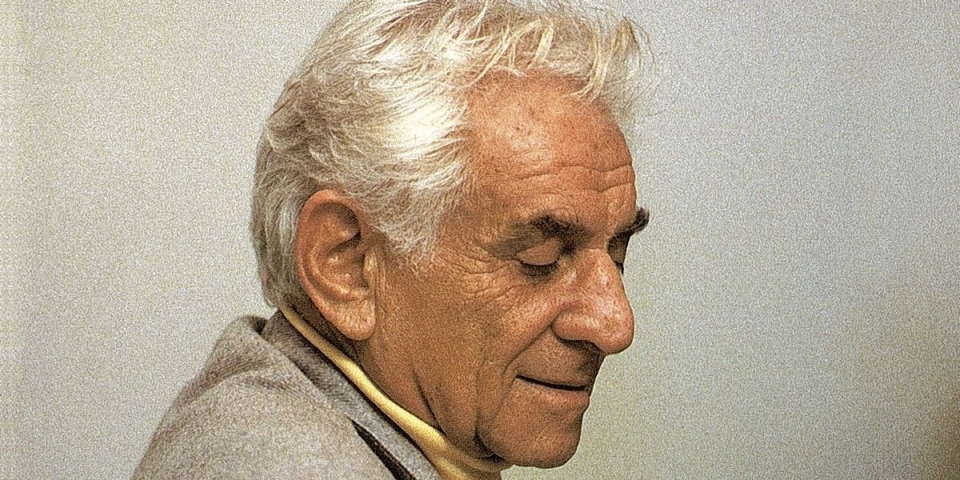 One of Bernstein’s last works, the Concerto for Orchestra was written for the 50th anniversary of the founding of the Israel Philharmonic Orchestra.

Concerto for Orchestra began in 1986 as a two-movement piece titled Jubilee Games, to which Bernstein added the fourth and second movements. The work is dedicated to the Israel Philharmonic Orchestra, which gave the premiere of each version and recorded the full work under the composer's baton.

The first movement, unique for its extensive, integral use of improvisation and aleatory, focuses more on interaction and play between all members of the orchestra - including the conductor - as individual musicians, and less on the traditional heirarchial approach of the conductor (or composer!) as the 'leader.' The musicians make many choices independently: choosing which scales to play in the opening, cuing off ofone another in the brass' "Shofar" section, developing existing motives of the score ad lib., even entirely free imporvisation. Bernstein conceived this movement as a gift to the musicians - an opportunity to 'play.' There are three 'live recording' sections. Ideally, these sections are recorded live during the performance and then played back at later points in the movement while the orchestra is playing different music.

In the fourth movement, Bernstein incorporates the priestly benediction that closes Jewish services of worship, sung by a solo baritone:
"May the Lord bless you and keep you;
May He make His face shine upon you and be gracious unto you;
May He lift up His countenance and give you the blessing of peace."