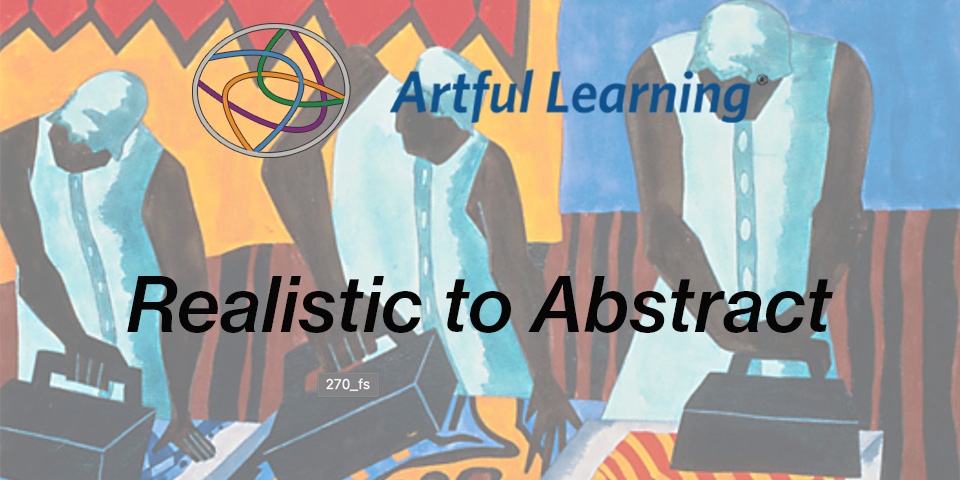 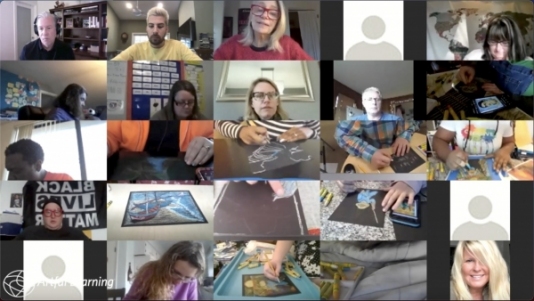 Did you know that most abstract artists start with the discipline of realism and then move to abstraction later in their careers? Led by Ann Ott-Cooper, an Artful Learning Distinguished Trainer, the educators at Dwight Rich School of the Arts learned how to accomplish this Art-Based Skill and Strategy called “Realistic to Abstract.” In this activity, the educators chose a famous piece to replicate in the realistic and abstract spaces using different colored pastels on black construction paper. Ann emphasized that one of the main purposes of this strategy is to “bring students to metaphor” because it encourages them to think comprehensively when grasping complex ideas or themes. 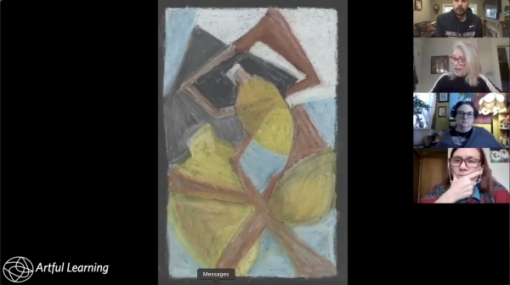 For starters, Ann wanted everyone to examine a realistic piece and call out the specific features that made it so. She showcased one of Jonathan Green’s beautiful works and told them to note the different elements they saw. As a jumping-off point, Ann asked the group of educators if it seemed windy in the image and, if so, what made them think that. Many stated that “there seemed to be a gust by looking at the direction of the grass, the sheets handing on the line in the background, and one of the hats blowing away from the women.” They also noted other realistic features like the traditional colors used, the method the people were drawn in, and the use of shadows that were present throughout Green’s piece. 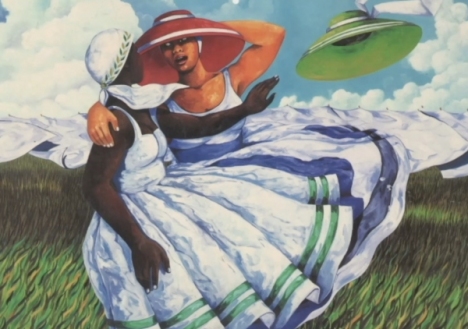 Next, Dwight Rich’s educators selected which famous piece they were going to recreate within the strategy. For reference, Ann chose Henri Mattise’s “The Lorrain Chair” and she thoroughly described the steps she used to replicate it. She emphasized the importance of creating contour shapes to outline the important aspects of the image first. The next step was to fill in those lines with the appropriate colors that match the original piece. The final step, or as Ann called “the fun part,” was adding specific details like shade and texture to elevate the realistic aspects of the work. She also stated that the goal of this part of the strategy was “to replicate the feeling and visual qualities of the selected masterwork.” 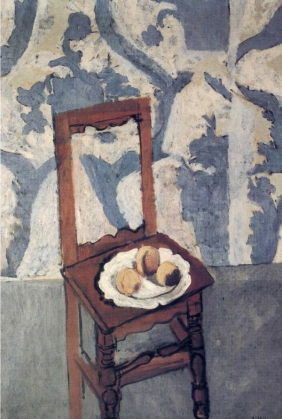 After the realistic replica was completed, their next task was to create a new piece in the abstract realm. Before they began, Ann displayed Jacob Lawrence’s “The Ironers” so Dwight Rich’s educators could identify the specific elements that made it abstract. One of their responses was that “the women in the image appeared to be faceless.” Another person said that “the size of the irons seemed to be quite large and that the proportions were off with regard to their arms.” Ann explained that exaggeration can emphasize what the artist is trying to convey and it is an important feature of many effective abstract works. She also described the wide variety of abstract pieces that can range from identifiable imagery—like Lawrence’s work—to completely unstructured artistry—like Kandinsky. 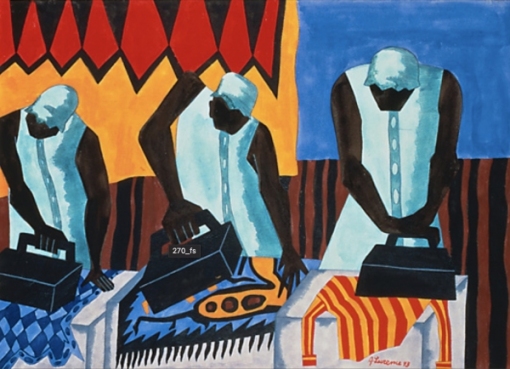 With the knowledge they gathered on the abstract, Dwight Rich’s educators began to create their unique pieces based on the realistic work they previously completed. The task may have seemed daunting to those who had never created an authentic abstract drawing before; however, Ann gave some helpful tips on where to start. She told the educators to pick the three most important “categories” of the painting to focus on. In her case, she chose the chair, the fruit, and the background of Matisse’s “The Lorrain Chair” to focus on for her abstract interpretation. Ann emphasized the importance of keeping the variety of colors to a minimum and to also include a decent range of size, proportion, and direction with the “categories” that are being centered on. She also gave helpful tips in real-time while the educators were creating their pieces while telling them that they “want their interpretations to hit the viewer in the face.” Metaphorically, of course! 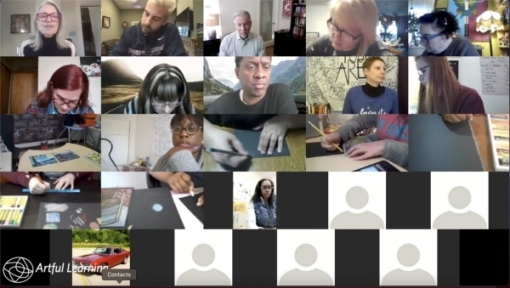 This Art-Based Skill and Strategy is incredibly useful because it requires students to undertake the challenge of replicating a realistic picture and then to reinterpret the same picture in the abstract sphere. This allows students to recognize that abstract art connects with symbolism and, ultimately, metaphor for an added layer of understanding. It is also a wonderful way for students to acknowledge certain elements of the abstract that may help them understand future art they encounter—-whether they are paintings, literature, poetry, music, or the performing arts. The Artful Learning model contains a plethora of unique strategies like this that compels students to engage in higher-level thinking so they can make profound connections across all of their subjects.