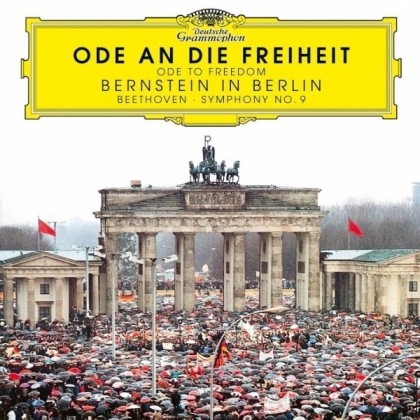 The fall of the Berlin Wall 30 years ago, on 9 November 1989, changed the world. Leonard Bernstein's legendary live recording of Beethoven's Ode to Freedom (Symphony No.9) captured not only the elation of the moment but conveyed a celebration of and a longing for freedom which extendd far beyond the occasion. To mark the 30th anniversary of the fall of the Berlin Wall a special 180g vinyl release, presenting Bernstein's historic recording of Ode to Freedom on two LPs instead of one for improved fidelity, and a CD accompanied with a DVD of the live concert have been released for the first time.

Read more about the historic concert.