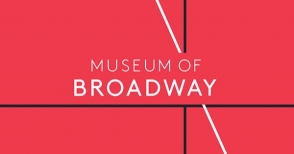 The new Museum of Broadway, located in the heart of Times Square, is now open to the public! Fans of The Great White Way wind their way through the history of Broadway and the many shows that have graced its stages. You can even stop by Docs Drugstore, dance the "Mambo" on a rooftop, and much more, in the "West Side Story" room, featured as of the Museum's game-changer shows. 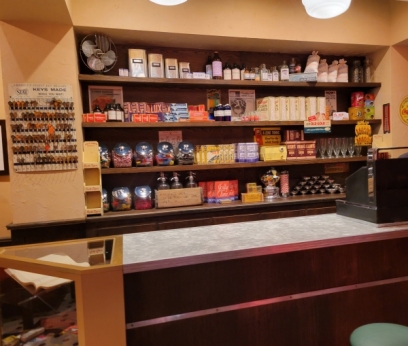 The Museum of Broadway is an immersive and interactive theatrical experience devoted to musicals, plays, and the people who make them. Featuring the work of dozens of designers, artists, and theatre historians, this one-of-a-kind Museum takes visitors on a journey along the timeline of Broadway, from its birth to present day, where the past, present, and future of Broadway come together like never before!

When visitors first arrive at the Museum they begin their experience by entering The Map Room, which take them on a journey from the first play performed in New York in 1732 through to present day. Narrator Julie James tells the story of how the first theaters in New York City were primarily located in today’s Financial District, and after the Civil War they migrated north along Broadway before finally settling in today’s Times Square.

Guests then travel through a visual history of Broadway, highlighting groundbreaking moments in a series of exhibits that showcase – and show off – dazzling costumes, props, renderings, rare photos, videos, and more. Along the way, visitors learn more about the pivotal shows that transformed the landscape of Broadway - the moments that pushed creative boundaries, challenged social norms, and paved the way for those who would follow. Some of the exhibits and immersive experiences featured are Cabaret, HAIR, The Lion King, The Phantom of the Opera, The Producers, Show Boat, The Ziegfeld Follies, Oklahoma!, The Wiz, Ain’t Misbehavin’, and Rent, among many more! Overall, the Museum will highlight more than 500 individual productions from the 1700s through the present.

The Museum also celebrates the behind-the-scenes of this dazzling American art form with “The Making of a Broadway Show” exhibit, which honors the community of brilliantly talented professionals – both onstage and off – who bring Broadway plays and musicals to life every night.

In addition, The Museum of Broadway announced the first special exhibit that will be featured in the Museum, The American Theatre as seen by Hirschfeld, curated by David Leopold, Creative Director of The Al Hirschfeld Foundation. This new exhibition, created exclusively for the Museum of Broadway, takes visitors through nine decades of Hirschfeld’s iconic images of theater in this country through twenty-five drawings and prints from 1928 to 2002. Visitors are brought face to face with the original productions of Fiddler on the Roof, The Phantom of the Opera, The King and I, Sunday in the Park with George, Funny Girl, Ragtime, Beauty and the Beast, and Hairspray, among others. Read More

Tickets for The Museum of Broadway can be purchased here: https://www.themuseumofbroadway.com/tickets.
These timed tickets start at $39, and a portion of every ticket sold will be donated to Broadway Cares/Equity Fights AIDS.