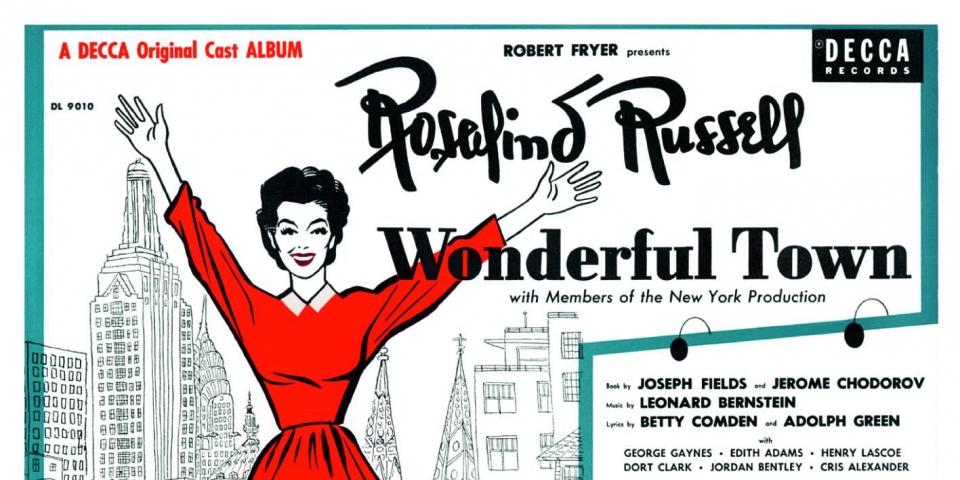 A phone call from George Abbott always held promise of excitement. Late in 1952, I (Betty) got a phone call and it was George asking if we could write the lyrics for a show based on My Sister Eileen to star Rosalind Russell. I (Adolph) was in Paris and got a call from me (Betty) telling about it, which caused me (Adolph) to rush home at once. It seems they had a partial score they were unsure of. George asked if we could write a score in four weeks because after that they would lose Miss Russell to other commitments, and wanted to know what composer we could suggest. We thought of Leonard Bernstein, knowing he had just returned home from his honeymoon with Felicia, and mentioned him dubiously to George. George said: "Go over and ask him right away!" We did, although we were very doubtful if Lenny would be interested. Amoung other things he had promised his mentor Serge Koussevitsky that after On The Town he would get down to serious business and never, never write another show. We had no sooner entered Lenny's apartment and were blurting out the facts about the show when the phone rang. It was George, never one to waste time, barking at us impatiently, "Well, is it yes or no?!!" To our surprise, with no hesitation Lenny said "Yes." He always liked deadlines, and four weeks to write a score was an irresistible challenge.

The play by Joseph Fields and Jerome Chodorov written in the 1940's had been based on stories by Ruth McKenney about two girls from Columbus, Ohio, who come to New York in the mid-30's to seek fame and fortune. We resisted all pressure to update it to the 50's, and knew we were on our way when Lenny exuberantly banged out on the piano the Eddie Duchin vamp, a characteristic musical sound of the 1930's. We were creatively on our way to Greenwich Village and adventure in the "Big City," and were able to complete the score in the prescribed four weeks.

This show celebrates New York as the magnet for young people from all fields of endeavor who, like Ruth and Eileen, still come here to fulfill their aspirations in this Wonderful Town."

Stock and amateur productions in US & Canada: Concord Theatricals

Sock and amateur productions in all other territories: Boosey & Hawkes

To purchase sheet music for songs from Wonderful Town, please visit our store.

Cover Art for the Original Cast Album of Wonderful Town, 1953 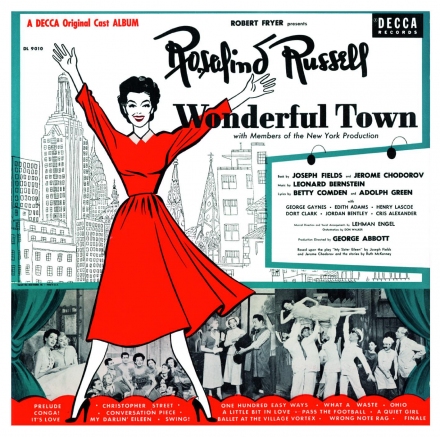 Stage images from the original production of Wonderful Town, 1953 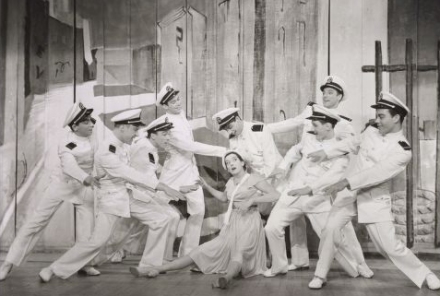 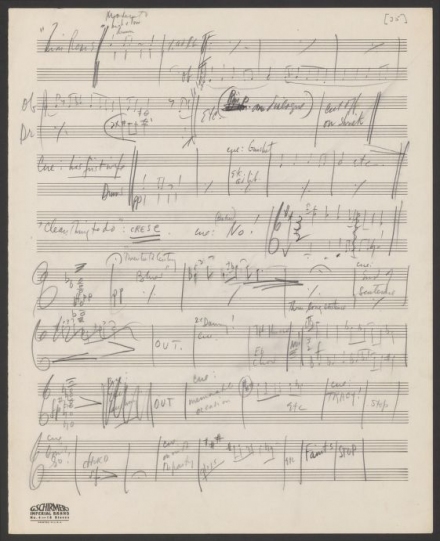