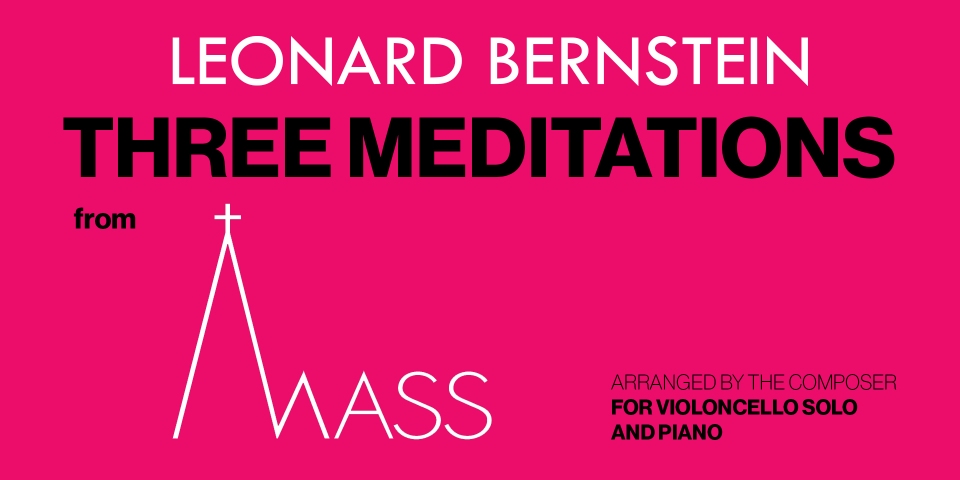 Bernstein's MASS (A Theatre Piece for Singers, Players, and Dancers) was composed at the request of President Kennedy's widow for the inauguration of the John F. Kennedy Center for the Performing Arts in Washington, D.C. on September 8, 1971. The first Two Meditations were later arranged by the composer for cello and piano, and they have been widely performed by Mstislav Rostropovich. In MASS itself these two Meditations are used as instrumental interludes: the first (Lento assai, molto sostenuto) between the "Confession" and the "Gloria," and the second between the "Gloria" and the "Epistle." This second Meditation is a set of four variations with a coda, based on an eleven-note sequence from the finale of Beethoven's Ninth Symphony, leading to the great outburst of "Brüder!" ("Brothers!"). The "Epistle" which follows is based on the more ancient outburst of St. Paul to his Christian brothers.

The third Meditation is derived from various parts of MASS: the "Epiphany," a kind of solo fantasia; "In Nomine Patris," a trance-like dance; and the Chorale "Almighty Father." Although some of these sections are widely separated in MASS, there is an underlying thematic unity, particularly between the Dance and the Chorale. (The Third Meditation was also arranged by the composer for cello and piano.)

The premiere of the work in its orchestral form also took place at the Kennedy Center on October 11, 1977, the composer conducting the National Symphony Orchestra, with Mr. Rostropovich as the soloist.

Note by the Composer

Since MASS is primarily a dramatic stage production, these excerpts can convey at best only a certain limited aspect of its scope and intention. Essentially it is concerned with a celebration of the Roman ritual using the Latin text of the Catholic liturgy; but simultaneously there is a subtext in English reflecting the reactions, doubts, protests, and questionings — positive and negative — of all of us who are attending and perceiving this ritual. By "all of us" I mean to include all who are assembled on stage and, by extension, the audience itself.

The ritual is conducted by a young man of mysterious simplicity (called the Celebrant) who throughout the drama is invested by his acolytes with increasingly ornate robes and symbols which connote both an increase in the superficial formalism of his obligation and of the burden that he bears. There is a parallel increase in the resistance of the Congregants — in the sharpness and bitterness of their reactions — and in the deterioration of his own faith. At the climax of Communion, all ceremony breaks down and the Mass is shattered. It then remains for each individual on the stage to find a new seed of faith within himself through painful meditation, enabling each individual to pass on the embrace of peace (Pax) to his neighbor. This chain of embrace grows and spreads through the entire stage, ultimately into the audience and hopefully into the world outside.

The disposition of forces at the original production was: in the pit, an orchestra of strings only, plus two organs, and a percussion section. All other instrumentalists are on stage in costume and function as members of the cast. These include wind, brass, and percussion players, as well as Rock instrumentalists. There are three choruses: a formal choir seated in pews, a Boys' Choir, and a so-called Street Chorus, many of whom function as vocal or dancing soloists and groups. All these forces perform with, against, or around the Celebrant. At certain moments of extreme tension, the Celebrant tries to control the situation by saying "Let us pray," and it is at these moments that the first two Meditations* are played by the pit orchestra, while the entire company remains motionless in attitudes of prayer, or contemplates ceremonial dance.

Throughout the Leonard Bernstein Centennial, Meditations from MASS received 55 performances by over 20 cellists and 29 orchestras across Asia, Europe, and North and South America. 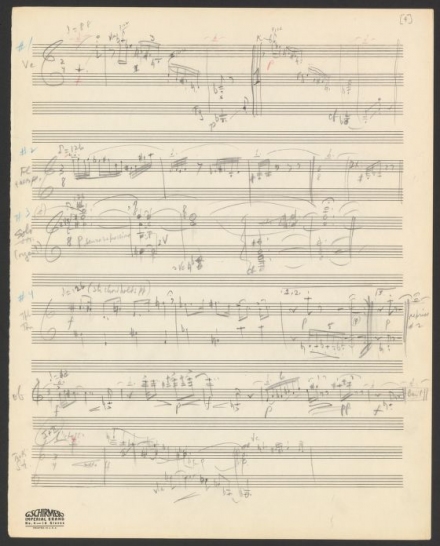