Newly discovered second movement to be included on upcoming album 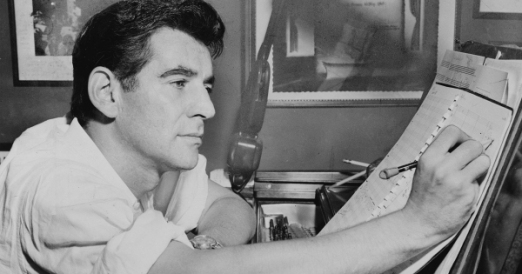 Leonard Bernstein’s Music for String Quartet is set to receive its premiere studio recording and release, with a newly discovered second movement, as yet unheard publicly, to be included on the program.

The piece, composed by Bernstein in 1936 at age 18 while a student at Harvard University in Cambridge, will be performed by Lucia Lin, Natalie Rose Kress, Danny Kim, and Ronald Feldman, produced by PARMA Recordings, and released on the GRAMMY-winning Navona Records label.

“It’s a rare event indeed to present a premiere of any type by a great master of Bernstein’s stature, much less to have something completely unheard as part of it,” says Bob Lord, CEO of PARMA. “We’re honored to be the stewards of this historic project.”

Music for String Quartet received its debut public performance at Tanglewood’s Linde Center on November 6, 2021 by the same group of performers who will record the piece, but it was never truly lost. The manuscript, given by Bernstein to Stanley Benson of the New England String Quartet following a rehearsal reading, was neatly tucked away in the family music cabinet by Benson’s widow Clara.

Clara, who had performed the piece at home with her own quartet from time to time over the years, mentioned it in passing to her daughter Lisa Benson Pickett.

They told their friend, former Boston Symphony Orchestra Music Librarian John Perkel, about the manuscript. The librarian was shocked to learn that a string quartet, a compositional genre long believed to have been unexplored by Bernstein, existed at all in the influential musician’s catalog.

“I had a hard time believing what I was hearing,” says Perkel, who has steadfastly shepherded the piece from its re-discovery to the upcoming production. “In the world of music and art, there is so much which is forgotten, so much which is unknown, that to be able to shed even just a small beam of new light on a genius of Bernstein’s caliber is incredibly special.”

To Perkel’s delight, shortly after the piece’s public premiere a second movement of the string quartet was discovered at the Library of Congress in Washington DC.

“There was a ‘1’ at the top of the original manuscript,” says Perkel, “so I thought that there might be ‘2’ out there somewhere, and sure enough there was.”

“We are so pleased to record this piece which we’ve grown to love dearly,” says violinist Lin. “It has been exciting to peek into Bernstein’s creative process through the lens of this piece written during his formative years.”

The recording, set to take place in 2023, will also contain the seldom-recorded duo piece Elegies for Violin and Viola by composer Aaron Copland, a musical mentor, collaborator, and dear friend of Bernstein’s.

Details regarding the recording and release will be announced in the coming months. For more information please contact press@parmarecordings.com. 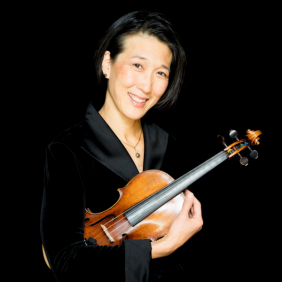 Lucia Lin has performed throughout the United States and internationally in a diverse multi-faceted career that spans solo engagements, orchestral concerts, chamber music performances, teaching, and collaborative efforts with both visual and performing arts. Her latest project, IN TANDEM, builds on Lin’s vision and curiosity to take performance, mentoring, and collaboration to new levels. Learn more: lucialin.com 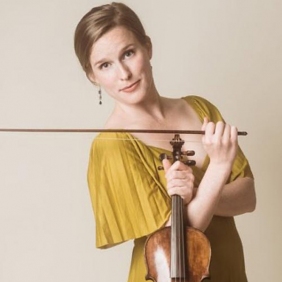 Praised by the New York Times for her “splendid playing,” Natalie Rose Kress is a modern and period violinist based in Washington DC. Following three summers as a Tanglewood Fellow, she was awarded the Jules C. Reiner Violin Prize from the Tanglewood Music Center and performed with Yo-Yo Ma at the 2015 Kennedy Center Honors, honoring Seiji Ozawa. Learn more: belvedereseries.org 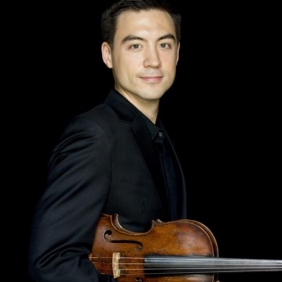 A native of St Paul MN, violist Danny Kim joined the Boston Symphony Orchestra at the start of the 2016-2017 season and was appointed 3rd chair of the viola section during the 2017-18 season. An avid chamber musician, Kim has performed with a number of different ensembles, and has even appeared on Sesame Street with conductor Alan Gilbert. Learn more: bso.org 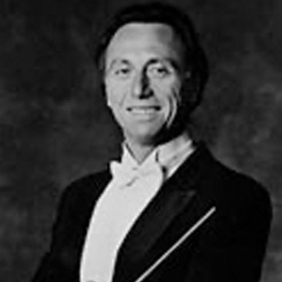 Twice winner of the American Symphony League’s ASCAP Award for Adventuresome Programming of Contemporary Music and member of the Boston Symphony Orchestra for 34 years, Ronald Feldman has achieved critical acclaim for his work as conductor and cellist. John Williams, composer & Conductor Laureate of the Boston Pops Orchestra has called Feldman, “a brilliant conductor, who displays the best leadership qualities… an outstandingly high level of musicianship that imbues his conducting style with strength, taste, and imagination.” Learn more: music.williams.edu

Since its inception in 2008, PARMA Recordings has collaborated with artists around the world and effectively brought thousands of musical projects to completion. Specializing in audio production, graphic design, promotion, and more, PARMA aims to uplift and amplify the innovative music of today’s artists across four label imprints. Learn more: parmarecordings.com/about 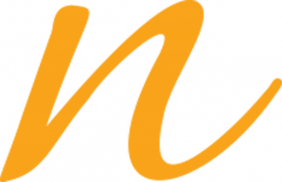