“Commissioned by the Very Rev. Walter Hussey, Dean of Chichester Cathedral, Sussex, for its 1965 Festival, and dedicated, with gratitude, to Cyril Solomon”

In 1965, Leonard Bernstein took a sabbatical from his post as Music Director of the New York Philharmonic. Freed from the time-consuming obligations of conducting and studying scores, he could now turn his attention to composition. His objective during this conducting hiatus was to compose a Broadway musical based on Thornton Wilder’s The Skin of Our Teeth, in collaboration with director/choreographer Jerome Robbins, with book and lyrics by Betty Comden and Adolph Green. Bernstein outlined his concept in a poem he submitted to the New York Times on October 24, 1965:

But not to waste: there was a plan,
For as long as my sabbatical ran,
To write a new theater piece.
(A theater composer needs release,
And West Side Story is eight years old!)
And so a few of us got hold
Of the rights of Wilder’s play The Skin of Our Teeth

This turned out to be a challenging time for the composer. In Working with Bernstein, Jack Gottlieb quotes a letter written on November 29, 1964: "Skin is stalled. Life, this agonizing November, is a tooth with its skin stripped off. I don’t know what I’m writing. I don’t even know what I’m not writing... I can’t get over Kennedy or Marc. Life is a tooth without a skin.” The assassination of President Kennedy had occurred a year earlier, and Bernstein’s close friend, the composer Marc Blitzstein, had been murdered in January of that year. Ultimately, the collaboration fell through. In a letter to the composer David Diamond, Bernstein described himself as “a composer without a project."

In early December 1963, Bernstein received a letter from the Very Reverend Walter Hussey, Dean of the Cathedral of Chichester in Sussex, England, requesting a piece for the Cathedral’s 1965 music festival: “The Chichester Organist and Choirmaster, John Birch, and I, are very anxious to have written some piece of music which the combined choirs could sing at the Festival to be held in Chichester in August, 1965, and we wondered if you would be willing to write something for us. I do realize how enormously busy you are, but if you could manage to do this we should be tremendously honoured and grateful. The sort of thing that we had in mind was perhaps, say, a setting of the Psalm 2, or some part of it, either unaccompanied or accompanied by orchestra or organ, or both. I only mention this to give you some idea as to what was in our minds.” The festival united the cathedral choruses of Chichester, Winchester and Salisbury. Dr. Hussey was a noted champion of the arts, having commissioned works by visual artists, poets, and composers. Among these are: an altarpiece painted by Graham Sutherland, stained glass windows by Marc Chagall, a sculpture depicting the Madonna and child by Henry Moore, a litany and anthem by W.H. Auden, and perhaps most notably, the cantata Rejoice in the Lamb by Benjamin Britten. Despite Dr. Hussey’s initial wish for the setting of Psalm 2, Bernstein responded with a “suite of Psalms, or selected verses from Psalms,” under the working title, Psalms of Youth (Bernstein changed the title because it misleadingly suggested that the piece was easy to perform). Hussey was hoping that Bernstein would feel unrestrained for composing in a more popular vein despite the sacred nature of the assignment. Hussey wrote, “Many of us would be very delighted if there was a hint of West Side Story about the music.”

Bernstein composed Chichester Psalms amid a busy schedule, completing his first work since the Third Symphony, Kaddish, in 1963, written in memory of President Kennedy. Both pieces combine choruses singing Hebrew text, with orchestral forces, but where Kaddish is a statement of profound anguish and despair, Chichester Psalms is hopeful and life-affirming.

Unlike a good portion of the music he composed (but did not complete) during his sabbatical, Chichester Psalms is firmly rooted in tonality. Bernstein commented during a 1977 press conference, “I spent almost the whole year writing 12-tone music and even more experimental stuff. I was happy that all these new sounds were coming out: but after about six months of work I threw it all away. It just wasn’t my music; it wasn’t honest. The end result was the Chichester Psalms which is the most accessible, B-flat majorish tonal piece I’ve ever written.” Again, from the poem submitted to the Times:

For hours on end I brooded and mused
On materiae musicae, used and abused;
On aspects of unconventionality,
Over the death in our time of tonality...
Pieces for nattering, clucking sopranos
With squadrons of vibraphones, fleets of pianos
Played with the forearms, the fists and the palms --
And then I came up with the Chichester Psalms.
... My youngest child, old-fashioned and sweet.
And he stands on his own two tonal feet.

Chichester Psalms juxtaposes vocal part writing most commonly associated with Church music (including homophony and imitation), with the Judaic liturgical tradition. Bernstein specifically called for the text to be sung in Hebrew (there is not even an English translation in the score), using the melodic and rhythmic contours of the Hebrew language to dictate mood and melodic character. By combining the Hebrew with Christian choral tradition, Bernstein was implicitly issuing a plea for peace in Israel during a turbulent time in the young country’s history. Each of the three movements of Chichester Psalms contains one complete Psalm plus excerpts from another paired Psalm. Musically, Bernstein achieved Dr. Hussey’s wish for the music to remain true to the composer’s own personal style. The piece is jazzy and contemporary, yet accessible. In a letter to Hussey, Bernstein characterized it as “popular in feeling,” with “an old-fashioned sweetness along with its more violent moments.”

The first movement begins with a triumphal introductory phrase with text from Psalm 108 (“Awake, psaltery and harp!”) that draws on the interval of a minor seventh (a significant musical motive that returns in the final movement, engendering a cyclical form). This dramatic introduction prompts a vigorous and bright, scherzo-like dance in 7/4 meter of Psalm 100 (“Make a joyful noise until the Lord”). The number seven is an important number in Gematria (Hebrew numerology) and features prominently in the composition of the Chichester Psalms, both in the rhythmic structure and the harmonic/melodic language of the music.

A gentle and lyrical setting of Psalm 23 (“The Lord is my shepherd”) opens the second movement, featuring a boy soloist (eventually joined by soprano voices) with harp accompaniment, a musical evocation of King David, the shepherd-psalmist.

Bernstein created this melody using material from The Skin of Our Teeth. The bitter expression and agitated music of Psalm 2 (“Why do the nations rage”) interrupts this tranquility. At this, the most dramatic moment of the composition, the setting prominently features music cut from West Side Story. Though the upper voices return with the soloist’s song of faith, the tension of suppressed violence lingers throughout the rest of the movement.

The third and final movement is the longest of the piece; its opening section features a more dissonant and rigorous compositional style than the others. With a fiery and elegiac introduction played by the strings, the music recalls the minor seventh figure, the musical motive from the first movement. In a moment of consolation, the orchestra is abruptly hushed for a simple, unsentimental presentation of Psalm 131 (“Lord, Lord, my heart is not haughty”), a rocking lullaby in 10/4. Psalm 133 (“Behold how good”) comprises the coda material, predominantly in the style of a Lutheran chorale, significant for being the only moment in the entire composition for solo chorus, without instrumental accompaniment. Constructed from the work’s opening musical motive, the music and text combine in a visionary plea for reconciliation and unity throughout the world before concluding in a final Amen.

Chichester Psalms is tuneful, tonal and contemporary, featuring modal melodies and unusual meters. Through its use of motivic repetition, there is the sense of a hallowed rite. From the time of its sold-out world premiere at Philharmonic Hall on July 15, 1965 conducted by the composer himself, it was apparent that Bernstein had created a magically unique blend of Biblical Hebrew verse and Christian choral tradition; a musical depiction of the composer’s hope for brotherhood and peace.

Throughout the Leonard Bernstein Centennial, Chichester Psalms was one of the most performed of Bernstein's concert works, receiving 277 performances across 28 countries in Asia, Australia, Europe, and North and South America, and in 30 US States. According to Bachtrack.com’s 2018 statistical performance survey, Leonard Bernstein was the third-most played composer for the year, alongside Beethoven, Mozart, Bach, and Brahms, taking a top spot among the perpetual greats. Bachtrack also reported, that four of the five most-played concert works in 2018 were Bernstein Compositions with Chichester Psalms holding the number 5 spot. In addition, as part of The Royal Ballet's Bernstein Celebration, a triple bill of new ballets set to Bernstein's music, choreographer Wayne McGrogor's Yugen, set to Chichester Psalms, was screened to theaters throughout Europe, Asia, and Australia, and later released on DVD. 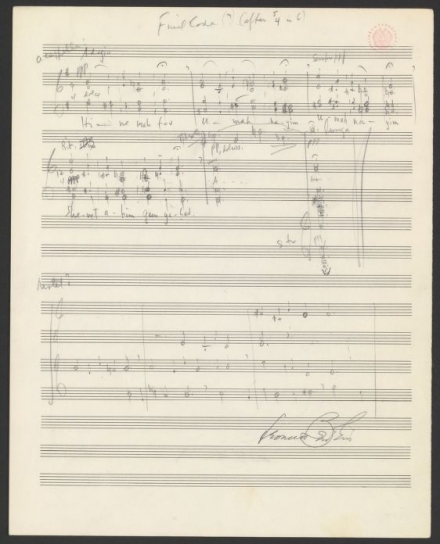 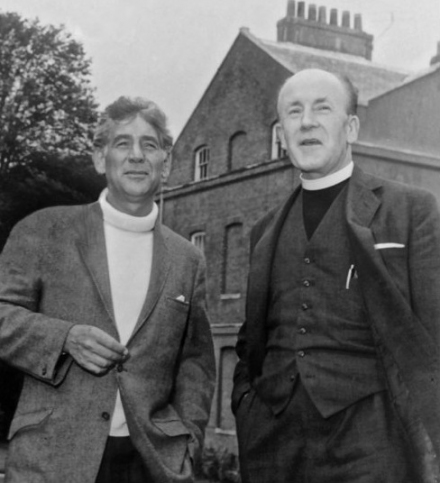