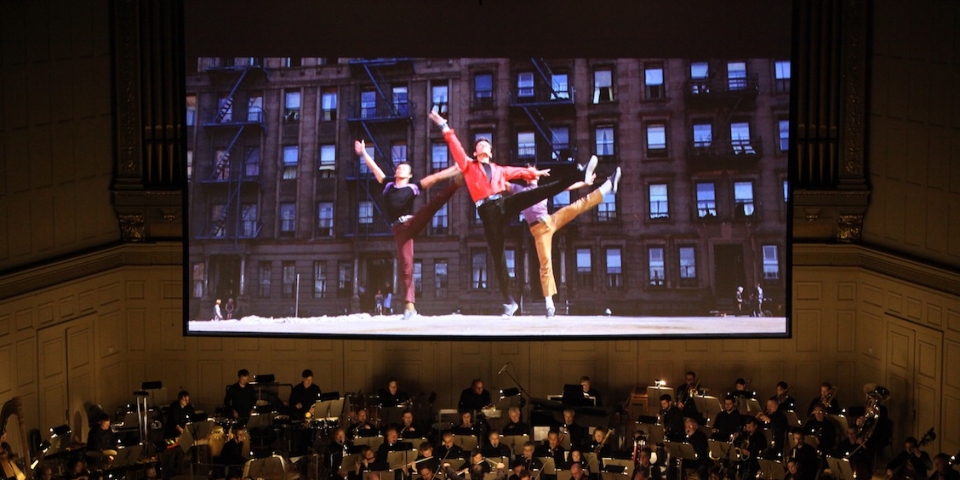 Celebrate the 50th anniversary of this iconic film and winner of ten Academy Awards®, including Best Picture. Hear Leonard Bernstein’s electrifying score and memorable songs performed live, complete with Stephen Sondheim’s lyrics, while the newly re-mastered film is shown in glorious high definition on the big screen with the original vocals and dialog intact. This classic romantic tragedy, directed by Robert Wise and Jerome Robbins and one of the greatest achievements in the history of movie musicals, features Robbins’ breath-taking choreography and a screenplay by Ernest Lehman based on the masterful book by Arthur Laurents. West Side Story © 1961 Metro-Goldwyn-Mayer Studios Inc. All rights reserved. © A.M.P.A.S.

"The soundtrack played live has much more impact than in a normal visit to the cinema. During the fight scenes, in this case of course more dance-offs, the atmosphere is a lot more threatening. On the other hand, crying violins gently carry lead actress Natalie Wood along in the sad moments."

Throughtout the Leonard Bernstein Centennial West Side Story film with live orchestra saw an increase in performances and allowed for orchestras to celebrate the Centennial in a grand and cinematic way. West Side Story enjoyed a resurgence among 26 major orchestras in 14 countries across Asia, Australia, Europe, and North America, and in 9 US States.

A West Side Story: The Film and the Philharmonic