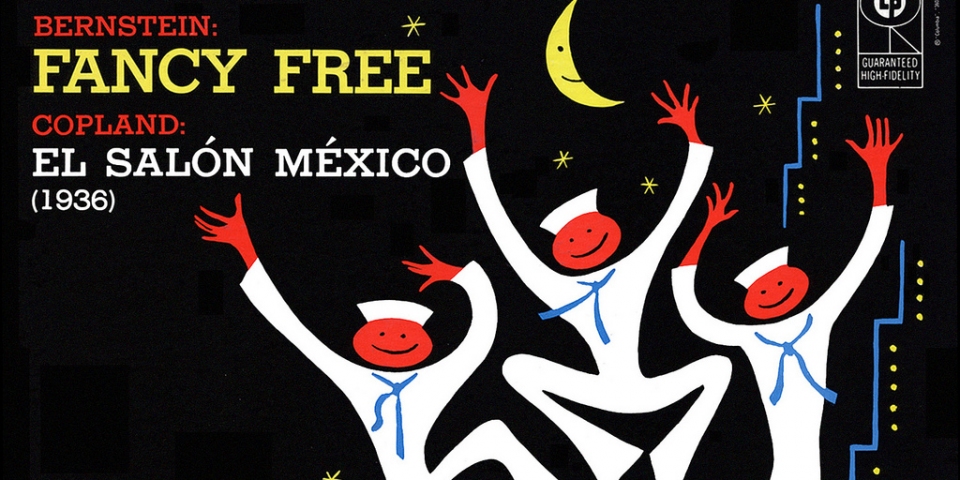 Leonard Bernstein and Jerome Robbins first collaborated in the mid-1940s on the instantly popular ballet Fancy Free, commissioned by American Ballet Theatre. First performed on April 18, 1944, this work, a piece about three sailors on shore-leave in New York City, served as inspiration for their next endeavor, the smash hit Broadway musical On The Town, which was a critical success and launched a long-lasting creative partnership between Bernstein and Robbins.

The plot of the 1944 musical comedy ON THE TOWN (not the music) was inspired by the ballet which had preceed it by nine months: FANCY FREE. 1944 was a big New York year in Leonard Bernstein's composing life.

The seven scenes of Fancy Free actually are symphonic pieces, but ballet audiences do not react to them as such, so well integrated is the music with the inventiveness of the choreography. Only in concert performances or on recordings does the symphonic character become more evident, acting as a foil for the carefree high jinks of the plot. Like the city it celebrates, Fancy Free is not only boisterous in its jazziness, but cool in its sophisticated control; its seemingly improvised and foot-loose fun is unified by the use of a piano as a soloistic instrument (as it also functions in the composer's second ballet, Facsimile).

Bernstein's own desciption of the ballet's plot follows:
From the moment the action begins, with the sound of a juke box wailing behind the curtain,* the ballet is strictly young wartime America, 1944. The curtain rises on a street corner with a lamp post, a side street bar, and New York skyscrapers pricked out with the crazy pattern of lights, making a dizzying backdrop. Three sailors explode onto the stage. They are on 24-hour shore leave in the city and on the prowl for girls. The tale of how they meet first one, then a second girl, and how they fight over them, lose them, and in the end take off after still a third, is the story of the ballet.
From New York City Symphony Program Notes, 21-22 January 1946

Throughout the Leonard Bernstein Centennial, which coincided with Robbins' centennial, Fancy Free had 96 performances by major ballet companies, including American Ballet Theatre, New York City Ballet, San Francisco Ballet, and Opera de Paris Ballet, among others. The Centennial also saw the premier of a new reduced orchestration of the score, created by Garth Edwin Sunderland, Vice President for Creative Projects.

Choreography by Jerome Robbins
Commissioned by the American Ballet Theatre

For more information about choreographing works by Leonard Bernstein, including orchestral and chamber works, pleaes visit Boosey & Hawkes. Ballets are available to be performed in concert. For general licensing inquiries, click here. 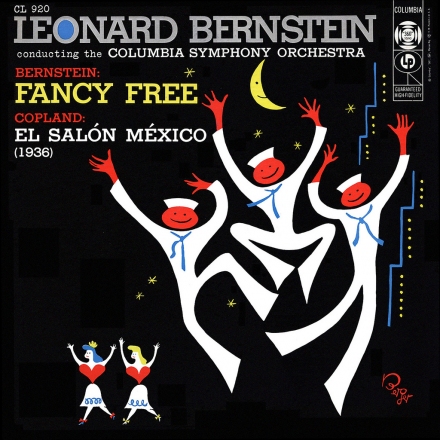 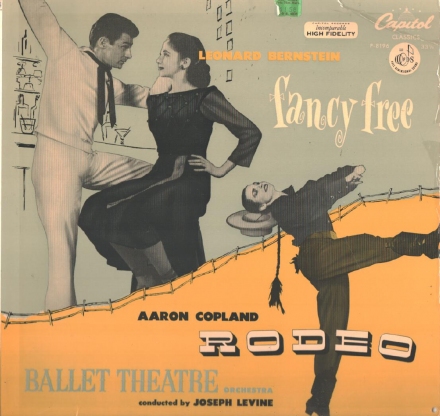 Behind the Music: Bernstein's "Fancy Free"